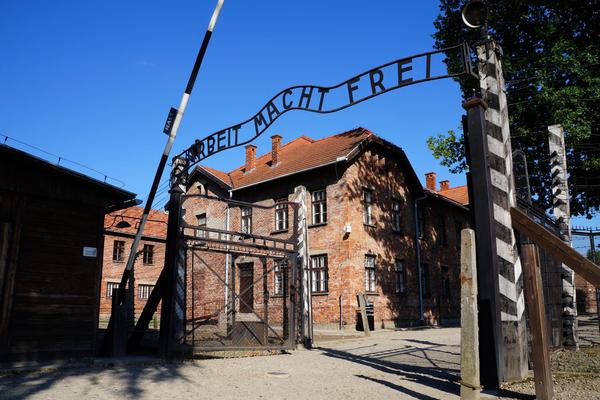 Everyone has a ‘filter’, the internal moral compass that often helps us in the decision-making process, guiding us on the path of good and evil, of the smart and the foolish, of prudence and recklessness.

It is this additional palliative.

This doesn’t mean that we humans don’t have flaws. Who among us is not?

But we have to be better than that.

Travel counselors, already held to a high standard, have to be better than that.

Human fragility aside, that can’t happen: A European travel agency sparked a furore last week when it promoted trips to Auschwitz using smiley emoticons as part of its online advertising.

According to The Sun newspaper in London, Hays Travel posted ads on Facebook for trips to Krakow, Poland, which included a visit to the Nazi concentration camp. The ads, visibly removed since, featured laughing emojis with stars as their eyes under images of the train tracks leading to the camp. Another advertisement shows the entrance gate with the sign “Work sets you free” written in German – under the love heart emojis.

It should be remembered that Auschwitz is the most solemn place on earth, responsible for more than 1 million deaths during the Second World War.

It is certainly not a place to be casual.

What’s shocking is that it wasn’t the teenage girl who took the selfie in Auschwitz several years ago, posing and smiling as if she was standing at the main entrance to Disney World and not the one of the most horrible places on the planet.

This is not a family operation with four agents crammed into a room less than the size of a garage.

No, no, Hays is a large travel agency, the largest independent travel agency in England. Surely there were layers of protection, right? Surely there was a production line that, after the ad left the editors’ hands, included fact checkers, editors, account managers and more who would verify the ad, right? ?

I mean, not for nothing, but in my career as a journalist I’ve seen more attention to using a serial comma than this.

What’s worse, however, and where we need to be better in the industry – and elsewhere – is that this apparently isn’t the first time Hays has used questionable ad copy. The Sun reported that English historian Rob Brooks, 49, had been complaining to Hays about his ads for two years and was furious that they were still being published.

“It’s rude and unbelievable,” Brooks said. “I don’t expect Hays to be particularly nerdy, but he has a bit of decency. What they need to remember is that they are advertising a mass murder site. It’s not a good time at the spa for a long weekend – it’s a death camp. People should go to Auschwitz and get an education, that’s important. Hays’ disrespect is appalling.

For his part, Hays said in a statement that “We are very sorry that this promotion has offended. We will be reviewing this again to ensure proper sensitivity when we promote destinations including Auschwitz in the future.”

It is not necessary to “watch this”. Use your own filter. Access your own moral compass.

Be better than that.